Tsavo West National Park is one of Kenya’s larger national parks, covering 30 per cent of Kenya’s park area and contains a diversity of habitats, wildlife, and a mountainous scenic landscape. The park is a vast expanse of savanna stretching from Mtito Andei, along the western side of the Mombasa-Nairobi highway and south to the Tanzanian border. The northeastern boundary along the road adjoins Tsavo East National Park, but Tsavo West has a more varied topography and diverse habitats than its sister. The savannah ecosystem comprises open grasslands, scrublands and Acacia woodlands, belts of riverine vegetation, and rocky ridges.

Tsavo West’s landscape varies from swamps, natural springs, and rocky peaks to extinct volcanic cones, rolling plains and sharp outcrops dusted with greenery. The park was known for its famous man-eating lions in the late 19th century and its devastating levels of poaching in the 1980s. Despite the latter, there’s still plenty of wildlife here, although you’ll have to work harder and be much more patient than in Amboseli or the Masai Mara to see them all.

Ngulia Rhino Sanctuary is a 90-sq-km area surrounded by a 1m-high electric fence set up at the base of Ngulia Hills to provide a measure of security for the park’s highly endangered black rhinos.

Ngulia Hills rises more than 600m above the valley floor and over 1800 m above sea level. This jagged ridgeline ranks among the prettiest of all Tsavo landforms, providing a backdrop to Rhino Valley.

Rhino Valley is one of the best areas for wildlife watching, with plenty of antelope species carefully watching the resident lions, leopards and cheetahs. You can also see elephants, giraffes, and black rhinos. Birdlife is also exceptionally diverse here.

Mzima Springs is an oasis of green west of the park and produces an incredible 250 million litres of fresh water daily. The springs, whose source rises in the Chyulu Hills, provide the bulk of Mombasa’s fresh water. There is a stable population of around 20 hippos and crocodiles and a wide variety of birdlife.

The plains, rocky outcrops and light woodland between Kilaguni Serena Lodge and the Chyulu gate are suitable for zebras and other herbivores and sustain a healthy population of lions, leopards and spotted hyenas.

Tip: While there’s little danger when walking these trails, the KWS warns in its guidebook to the park that in Chaimu Crater, ‘be wary when exploring since the crater and lava may shelter snakes and large sleeping mammals’.

The spectacular Shetani Lava Flows are about 4km west of the Chyulu gate of Tsavo West National Park and on the road to Amboseli National Park. ‘Shetani’ means ‘devil’ in Kiswahili: the flows were formed only a few hundred years ago, and local people believed it was the devil himself emerging from the earth. This vast expanse of folded black lava spreads for 50 sq km across the savannah at the foot of the Chyulu Hills.

Running west-east through the park, the lovely year-round Tsavo River is green-shaded and surrounded for much of its path by doum palms. Along with Mzima Springs, the river provides aesthetic relief from the vast semi-arid habitats that dominate the park. The trees all along the river are known to shelter leopards.

How to get to Tsavo West National Park

There are six gates into Tsavo West National Park, but the primary access is off the Nairobi-Mombasa Highway at Mtito Andei and Tsavo Gates.

By Road: The primary access routes are Chyulu Gate from Amboseli and Mtito Andei Gate from Nairobi and Mombasa. Visitors from Mombasa also use Tsavo Gate near Manyani. You can also reach the park via the Taveta-Voi road through Maktau, Ziwani, and Jipe gates.

Climatic Conditions: Temperature ranges from 20-30°C and rainfall between 200 and 700mm. Two rain seasons are long rains in March and April and short ones in November and December.

When is the best time to visit Tsavo West National Park?

All-year-round. The dry season (May to October and January to March) is best for spotting wildlife. November to March is the best time to see migratory birds.

Rent a matatu with other travellers in Mtito Andei; if staying in a lodge, June is much cheaper than July.

What can you pack when visiting Tsavo West National Park? 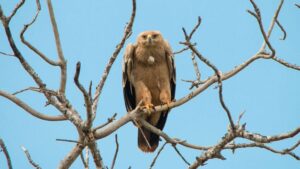 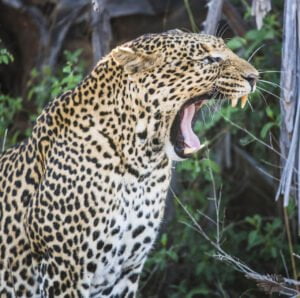 Refuge for the Wild

Paradise of the Sable Antelope