Lake Elmenteita is a soda lake nestled in the eastern sweep of the Kenyan Rift Valley, which lies approximately 120 km northwest of Nairobi, Kenya. The lake covers a surface area of 18 sq. km and lies at an elevation of 1,670 meters in the shadow of an imposingly peaked hill locally known as the Sleeping Maasai.

During the late Pleistocene and early Holocene, the lake was at times united with an expanded Lake Nakuru, forming a much larger dilute lake. Remnants of the former joined lake are preserved as sediments at various locations around the lake basins, including former shorelines.

The lake is surrounded by a remarkable country that played an important role in the early colonial history of Kenya. The Lake Elmenteita had its first white settlement after Lord Delamere founded Soysambu, a 190-sq. Km (48,000-acre) ranch on the western side of the lake. Delamere gifted the land on the other side of the lake to the Honorable Galbraith Lowry Egerton Cole, to his brother-in-law, part of whose “Kekopey Ranch”, where he is buried, is preserved today as the Lake Elmenteita Lodge.

Soysambu ranch is still occupied by Lord Delamere’s descendants, including the controversial Thomas P. G. Cholmondeley, who has been instrumental in setting up the Soysambu Conservancy. The conservancy covers two-thirds of the shoreline and is home to over 12000 wild animals. The lake has been a Ramsar site since 2005.

Elmenteita derives from the Masaai word muteita, which means dusty place, an allusion to the dustiness and dryness of the area. Gilgil is the nearest town to the lake. In reference to the sequence of the Kenyan Rift Valley lakes, Elmenteita lies between Lake Nakuru and Lake Naivasha. The major Nairobi-Nakuru highway runs along the nearby escarpment, offering motorists a stunning panorama of the lake. Like Lake Bogoria and Lake Nakuru, the lake is protected because of its valuable birdlife, and it’s also a listed UNESCO heritage site.

The Lake Elmenteita/Lake Nakuru basin homes over 400 bird species. Lake Elmenteita attracts both the Greater and Lesser flamingo varieties, which feed on the insect larvae and crustaceans and its suspended blue-green algae. The “Kekopey” hot springs lie at the end of Elmenteita and provide an ideal breeding ground for Tilapia grahami. The reed beds nearby are fishing grounds for pelicans and night herons.

Zebra, gazelle, eland, and families of warthog stroll and gaze at the shores of the lake. Elmenteita and its surrounding forests are perfect for bird spotting and long walks.

What to do at Lake Elmenteita

The Soysambu Conservancy, which protects the lake, provides access to a range of activities such as bush walks, game drives, crater hikes, and day trips to surrounding attractions, among others.

Other activities, such as self-camping and safaris, are available at Elmenteita Flamingo Camp & Cottages. Visitors can also the several prehistoric sites near Lake Elmenteita. The best-known places are Gambles Cave, which is 10 km southwest of Elmenteita town, and the Kariandusi Museum, an important prehistoric site where stone hand axes and cleavers were discovered in 1929 by Louis Leakey.

How to get to Lake Elmenteita

The primary road access to Lake Elmenteita is directly from Nairobi or Nakuru through the Nairobi-Nakuru Highway by bus/matatu or private transport. The lake is approximately one and a half-hour drive from Nairobi. The airstrip in Naivasha provides charter flights. The guesthouses and lodges in the expanse can organize transport from Nairobi to Naivasha.

If you plan to make a day trip to Lake Elmenteita from Lake Nakuru National Park, the easiest way is to leave the park through Nderit Gate, beyond Lake Nakuru Lodge. This track dies at the D320, which runs southward (right), heading for Elmenteita town, where it joins the D321.

Lake Elmenteita is a great destination to get around and explore on foot. Moreover, several lodges and camps can organize local excursions.

Where to stay at Lake Elmenteita

The accommodations at the lake are idyllic for all visitor preferences, whether you choose a colonial-style camp or an intimate lodge. The lake’s proximity to Nakuru provides the opportunity to stay at one of the lodges at Lake Nakuru. 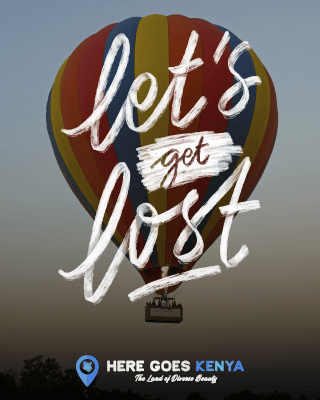 Lake Baringo – Wildlife, How to Get There & More

The Dwindling of Kenya’s Only Ox-Bow Lake, Lake Kamnarok